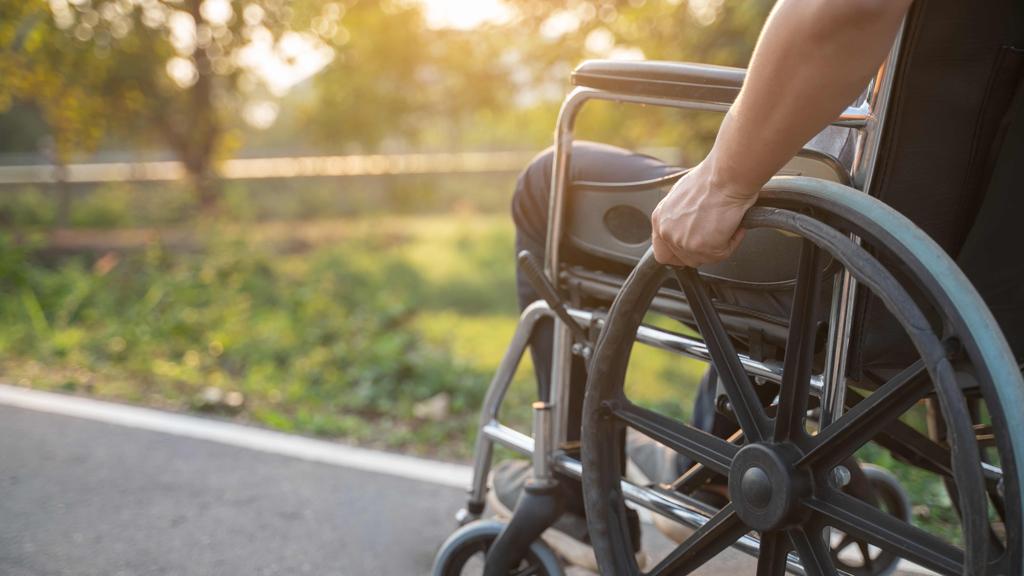 A tech startup spawned by University of Alberta researchers aims to help guide Edmontonians with mobility issues around the city’s construction areas.

Click & Push, a wheelchair app and wearable device company, developed The Atlas, an app that allows users note barriers or features in their paths, like potholes, lack of curb cuts, construction, elevators and powered door buttons. The information is then crowdsourced into accessibility and exertion maps to help users route and plan for the day to day.

The company’s wearable device, Sagitta, attaches to the spokes of a wheelchair and the sensor then collects distance, speed, force and push data throughout the users activity.

Engineer and researcher Nathanial Maeda is the chief technology officer and co-founder of Click & Push. He explained that the concept of barriers kept coming up in the team’s discussions with wheelchair users.

“We realized that every day they deal with barriers in our public spaces and it really prevents them from getting places,” said Maeda. “And they aren’t barriers that people without mobility limitations can notice all the time.”

Clients noted during the summer months construction barriers were a big issue.

“It’s not to say they aren’t trying to address this, it’s just a lot of the times companies don’t know that certain things are barriers,” said Maeda. “Whenever we did our customer engagement activities we realized that barrier was a word and concept that was constantly coming up so we thought our solutions should directly address this challenge.”

The team consulted with the community to develop categories of barriers that app users could choose from. Other uses can comment, like or even add photos to a posted barrier to provide more information.

Currently the app is in closed beta testing, but Maeda believes one day the data it generates could be used to shape public policy or how construction work is planned.

“It is about wheelchair users and we want to address their concerns, so we want to work with construction companies and the city to identify and remove barriers and have everyone work together and communicate together,” said Maeda.

The team is in the early stages of consulting with the city and construction companies to determine how that communication would work.

“It’s not set in stone yet but I think it could be at the bid level, so cities could rate bids higher if they address accessibility better. So if they engage with a company like us, we could help boost that bid, because that would show a company is serious about accessibility and has a plan to address those concerns in their construction process,” said Maeda.

Construction companies could also use the app’s data do identify barriers that those with mobility limitations are struggling with and immediately address them.

“I think there is a lot of possibilities for this project,” added Maeda. “With those large amounts of data, it could be a powerful backer for advocacy.”

Maeda said the team is on track to have an open beta test in the next few months and could have the app released sometime next year.

“We are definitely open to talk with people,” he said. “If some construction companies are interested, we would be happy to open up a conversation with them. We are happy to engage with anybody who sees this as a benefit and wishes to empower those with mobility limitations.”