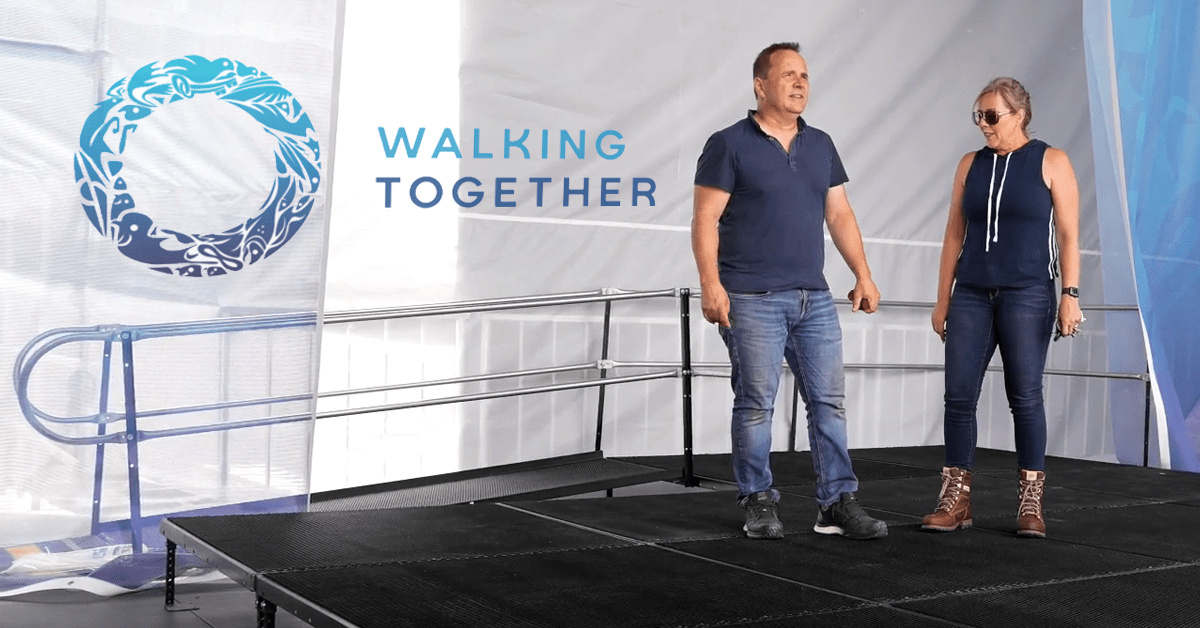 Amramp Edmonton worked closely with Encore event management to design and install a safe sturdy ramp and platform for Pope Francis to access the stage with his wheelchair in a dignified way.

Normand Doyle, Amramp franchise co-owner said, “This is one of the largest events we’ve ever covered, and it was a privilege to be able to go out there and do. Oh, the energy. It was unbelievable. So many people working together; stage designers and the event promoters – it was really impressive to be part of something so large.”

Organizers of the ‘Pilgrimage of Penance’ noted the 85-year-old pontiff will be using a wheelchair during most of his Canadian visit. Due to his advanced age and physical limitations he needed a wheelchair ramp to access some of the venues.

Was the Pope’s wheelchair ramp a special build?

Amramp’s modular ramp system can be customized for any residential and commercial event.

The parts come in a variety of sizes to allow for different installation types, from L ramps, switchback ramps and straight ramps to larger raised platforms such as those used for the large Catholic Mass at Commonwealth Stadium in Edmonton, Alberta Canada – you’re getting the same quality ramp Pope Francis used.